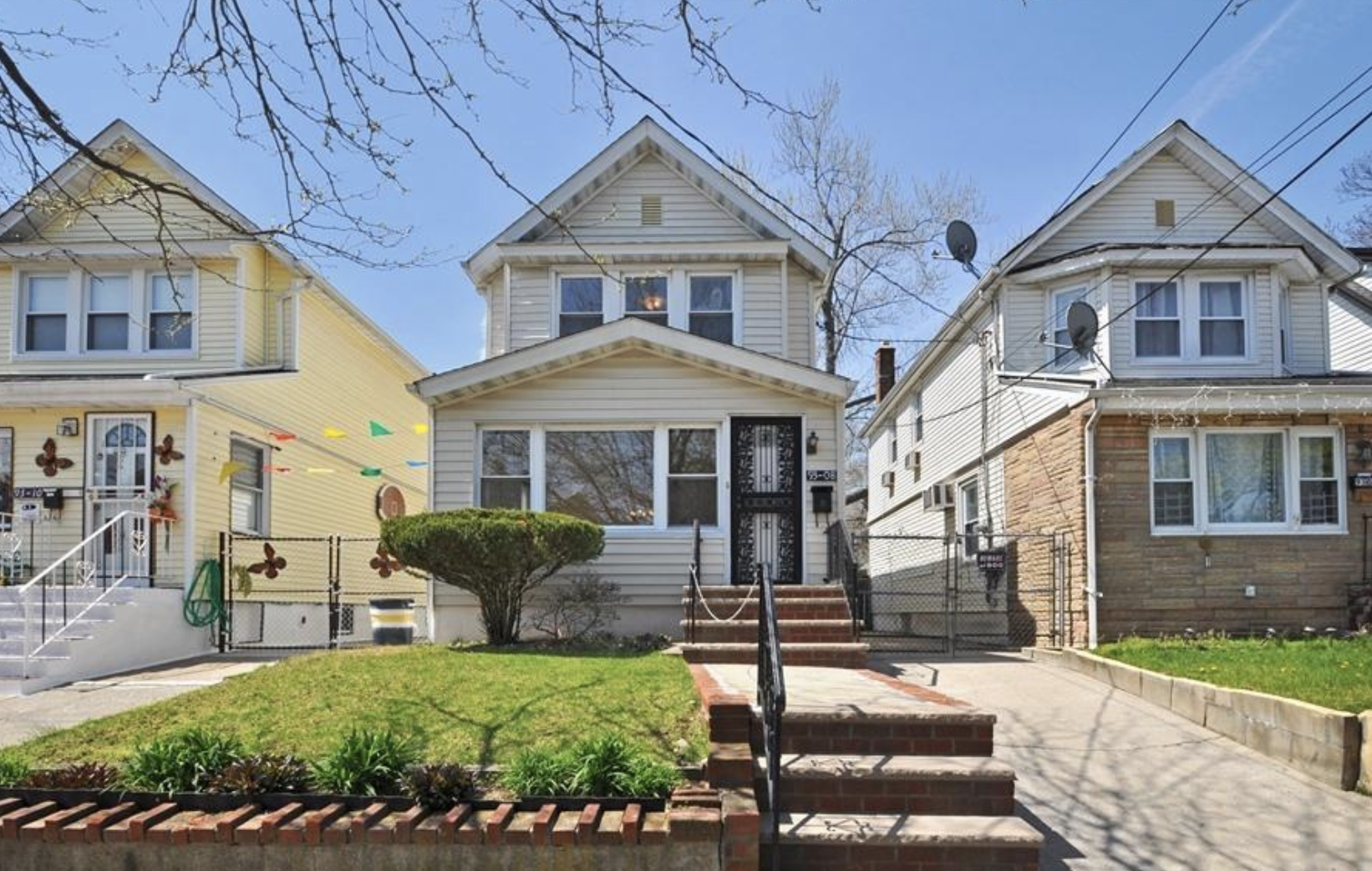 Every year, there are more than 2.7 million Americans who pass away. When they do, they often leave an inheritance behind for their families.

If you just received an inheritance from a parent or another close family member, it may have included a large amount of cash. It may have also included special family heirlooms. And you may have even received a house as part of your inheritance.

In theory, inheriting a house sounds amazing. The median home price in America at the moment is hovering right around $200,000, which means your inheritance will likely be worth quite a bit.

However, there are many people who don’t necessarily want to deal with everything that comes along with an inherited home. These people often choose to sell the home that was given to them in their inheritance.

Here are some reasons why you might decide to do it.

You Already Have a Home That You Love

Studies have shown that almost 50 percent of people have one big thing that they wish they could change about their current house.

But those studies have also shown that more than 50 percent of people are happy with their house just the way it is. They like everything from the size to the price to the location of it.

If you fall into this category, inheriting a house and moving into it might not sound like a great option to you. Why move out of a house that you love to move into one that you might not love as much?

If this happens to be the case, consider selling the inherited home quickly. You can turn the house into cash in a matter of just a week if you want and use that cash to make your current home even more amazing than it already is.

You Know the Inherited Home Is in Bad Condition

If your family member was diligent about maintaining their home prior to their passing, the house that you inherit might be in great condition. There won’t be any costly repairs that you need to make in order to bring the house up to speed.

But more often than not, this isn’t the case for those who end up inheriting a house. They usually inherit a home that’s in bad condition as a result of negligence. And the condition only gets worse once the house sits vacant for a few months.

If you know that the house you’ve inherited is in bad condition, you might want to think about cutting your losses and selling the home rather than trying to revitalize it. In all likelihood, you’ll have to spend a lot of time and money on the home to bring it back to life.

Rather than doing that, you can get a cash offer for the house today, even if it’s not in the best of shape. It’ll allow you to move on with your life instead of putting a bunch of effort into your inherited home.

One of the things that some people choose to do after inheriting a house is turn it into a rental property and rent it out to tenants. They’re able to use their family member’s former home to generate passive income.

This isn’t a bad option if you have experience renting properties out to people. But there are a lot of responsibilities that come with dealing with tenants. You’ll be responsible for:

If you don’t mind taking on these responsibilities, turning an inherited home into a rental property might be a great option. But it can be a lot of work and isn’t for everyone.

Selling the home rather than renting it would be the better choice for you if you find that turning it into a rental is more trouble than it’s worth.

Initially, you might be under the impression that inheriting a house means that you get to assume ownership of a “free” house. And at first, it might feel that way to you since you won’t have to pay a mortgage on it every month (assuming, of course, your family member owned it outright).

But maintaining a home can be a lot more expensive than you might think. From keeping the utilities turned on to fixing anything that breaks to doing something as simple as keeping the grass cut, an inherited home is going to cost you some money.

The average American does have somewhere around $16,000 in their savings account. That means that most people could afford to take on the maintenance costs that come along with an inherited home on a whim.

But there are also millions of Americans who have less than $500 in their saving accounts. These people would likely struggle to keep up with the maintenance fees associated with an inherited house.

If you’re a part of the second group of people, inheriting a house might put a huge financial burden on you and your family. You’re better off selling the home and using the profits to pad your savings instead of spending money you don’t have on it.

You Don’t Like the Neighborhood Surrounding the Inherited House

When your family member first moved into their home many years ago, the neighborhood surrounding it may have been amazing. But over time, that neighborhood may have lost its luster and deteriorated.

If this is the case, there’s a good chance that the neighborhood could continue down the wrong path and cause the value of your inherited home to drop dramatically. You could end up losing a lot of money by holding onto it rather than selling it.

Do your research and see how home prices in the area of your inherited house have fluctuated in recent years. If they all seem to be plummeting, it’s probably best for you to unload the home rather than keeping it around.

You can sell the house in no time and get top dollar for it before it loses any more value.

You Have Bad Memories Associated With the Home

Many people have fond memories when they think about the house that they grew up in. They think back and remember all of the great times that they shared with their family members in the house. From picnics in the backyard to Christmas mornings, these homes are filled with memorable moments.

But not everyone experiences this. There are also many people who have bad memories associated with homes that they inherit. They can’t stomach the thought of walking through their inherited house, much less moving into it.

Do you have nothing but bad memories associated with a home that you inherited recently? You should work to sell the home as quickly as you can rather than letting those bad memories linger.

Don’t even bother working with a real estate agent and going through the hassle of listing the home. You can get a cash offer for it and be done with the home in less than a week if you want to sell it as fast as you can.

You Would Just Rather Have Cash Than the Inherited Home

You might appreciate the fact that your family member left a house behind for you. But at the end of the day, you simply might know that you would be better off if you had cash instead of the house.

With cash, you could:

You can accomplish so many different things when you sell an inherited home in exchange for a pile of cash. You can literally change your life and your family tree by putting yourself in a better financial position as you move forward.

Inheriting a House and Then Selling It Is Easy

Inheriting a house and immediately selling it might seem like a big undertaking to you. But the truth is that it’s actually a lot simpler than it sounds.

The key is working with a cash buyer who will make the entire process quick and easy. They’ll check out your home, make you a cash offer for it, and close on the home within just 7 days in most cases.

And as long as you work with a reputable company when selling a house for cash, you won’t have to worry about a thing.

Read our blog to learn more about the truth behind selling a home for cash.

We Buy Houses In The Greater NYC Area 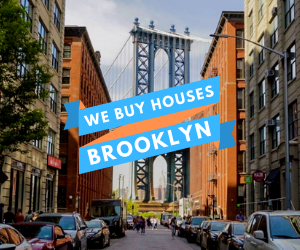 “I had much going on in my life, their work was effortless for me. I actually had a couple of good nights of sleep again due to their trust and professionalism.” – Terrance, Brooklyn 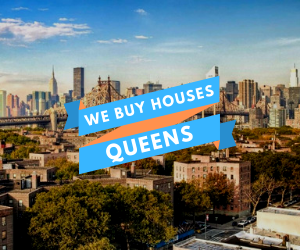 “I was told that companies like Sell Now Homebuyers will make a good offer at first and nickel and dime you during their inspection. That wasn’t the case at all!” – Karen and Bill – Queens 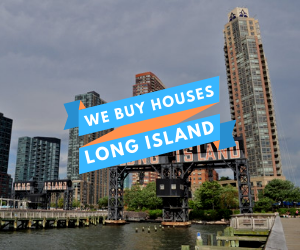 “The process was really really quick, easy, and simple. Dave and his team told me it would be fast and convenient…and it was less than 30 days.” – Natashia – Hicksville, Long Island

Get Your Fair Cash Offer: Start Below!

Get A No-Obligation AS-IS CASH OFFER from New York's Premier House Buyer. No Waiting. No Repairs. No Fees.

After a deal fell through with another home buyer, David and his team handled the sale with decency and respect. I had much going on in my life, their work was effortless for me. I actually had a couple of good nights of sleep again due to their trust and professionalism. I could not have imagined a deal being as smooth and easy as it was. Thank you!!